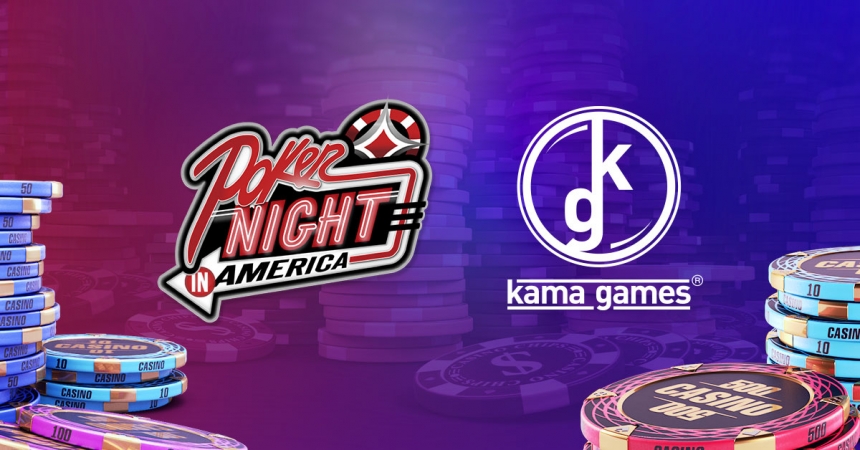 KamaGames and Rush Street Productions are proud to announce the latest update across both iOS and Android devices for the popular Poker Night in America app.

KamaGames was the first social casino operator to bring Multi Table Tournaments (MTT) to the online social poker landscape and they have now become a core component of daily activity for our 630,000 daily players. This new update will allow Poker Night in America fans to play our popular MTT tournaments, which are suited towards experienced, high-level players and can result in a few hundred players battling it out in a single tournament.

Players can also access the latest additions to our growing portfolio of Party modes including the brand new Roulette Party, an exciting new twist on classic Texas Hold’em poker, where players  have to navigate some never-before-seen rules in order to win.

Poker Night in America has brought Texas Hold’em poker to television screens nationwide in the US for six seasons so far and have recently announced their latest launch, Poker Night in America: Celebrity Home Game, which will feature popular sports celebrities playing poker. The series will be drawing a sweepstakes winner on May 1st to appear alongside celebrities at the table in Pittsburgh on May 23rd. The show will then move on to Philadelphia for 4 more days of filming the last of the 8 new episodes of Celebrity Home Game series.

Poker Night in America will go on to travel to the Seminole Hard Rock in Hollywood, FL for more filming as well as The Big 4 tournament which is set to appear on the CBS Sports Network.

We are delighted to see this further success of the television series and the positive impact this has had on driving players to the Poker Night in America app.