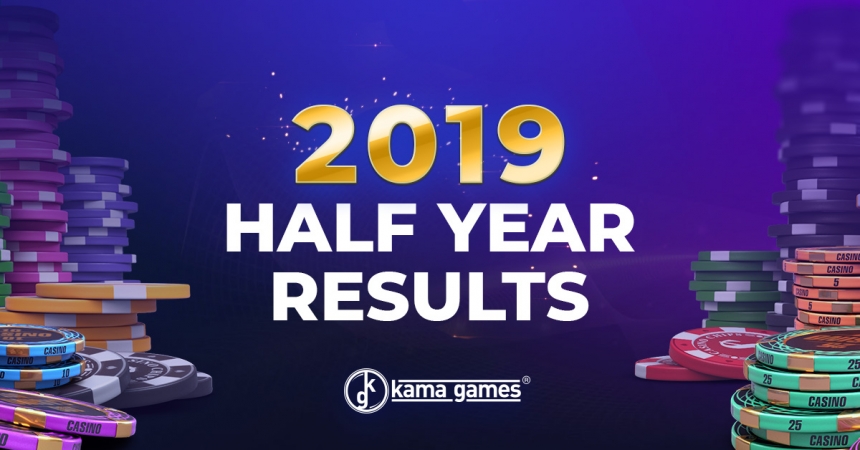 KamaGames, the largest European social mobile operator, has today released our H1 2019 results, announcing the continued growth in revenue for the company.

March proved to be the most profitable month on record for KamaGames with an increase in the number of paying users, along with ARPPU. We attribute this growth, not only to the continuous launch of new games and features within our primary Pokerist app but also the ongoing focus KamaGames has placed on personalised promotional campaigns and sales in recent years.

In the first half of 2019 alone, KamaGames has launched a variety of new features, Party modes, tournaments and Slots games. In spring 2019, we launched our unique avatar constructor, a completely new feature in the social casino landscape. We also added to our already vast portfolio of Party modes with the introduction of Roulette Party, one of our most exciting Party modes to date.

Recognising the success of our traditional Multi-Table Tournaments (MTTs) when they first launched in 2018, we decided to launch two more in 2019. MTT Omaha and MTT Party see players facing off against each other, playing with some truly unique rules.

KamaGames was the first social casino operator to successfully introduce classic MTTs to the industry and these challenging new additions have been warmly received by our players globally.

Our already vast Slots portfolio has also been expanded with the launch of Chinese Carnival, Diver’s Gold, Oil Boss and Gold Country. As socialisation becomes ever more important in gaming, our players now have the ability to invite their friends to play the same Slot as they are, meaning more engagement and interaction between players.

As well as the host of games and features, by using WebGL technology, we also made our social casino portfolio available on Facebook Games, making them more accessible than ever.

The rollout of these innovative new features, games and updates resulted in KamaGames being named “Best Social Gaming Operator” at the EGR North America Awards 2019. These awards are dedicated to recognising the leading operators and service providers, who have shown outstanding performance and innovation in the previous 12 months.

KamaGames are expecting this not to be the last award of 2019 as we have even more exciting new launches planned for our players in the latter half of the year, so be sure to follow us through our various social media channels for all the latest news.