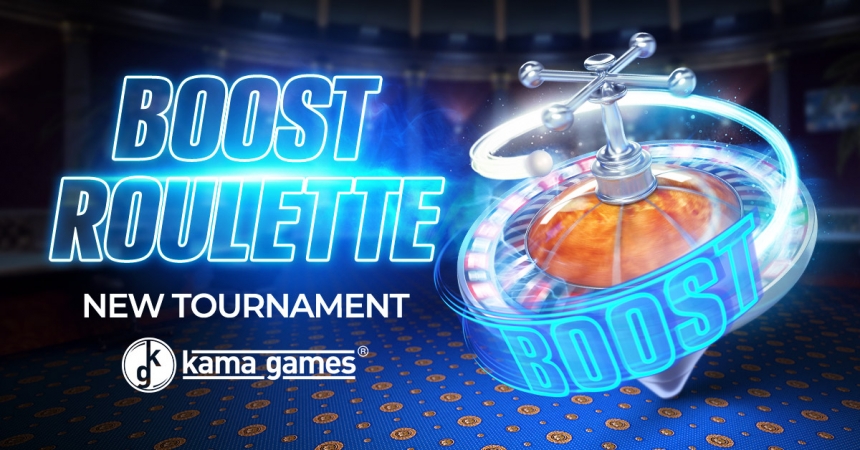 As the third tournament in our Boost series, this latest launch follows the success of Boost Poker and Boost Blackjack. Simply put, Boost Roulette is a relatively short tournament in which three players engage in four rounds of gameplay. A key feature of the tournament is that instead of having a fixed prize for the winner, the overall reward is entirely random. This ultimate prize is determined at the beginning of the tournament and following that, the game begins!

When players spin the iconic roulette wheel they can collect a varying number of chips up to the amount of five billion. Of course, the winner will be determined by discovering who holds the most chips at the conclusion of the final round.

KamaGames already hosts a range of roulette tournaments within our apps, including European and Roulette Star Tournaments. Our roulette game is also a global leader in terms of audience and revenue. Yet, this latest addition is a demonstration of KamaGames’ commitment to constantly improve and expand our offering to players. As a result, we’ll continue to produce the most competitive and entertaining 3D roulette, complete with innovative tournaments and engaging mechanics.